hi, my name is JIM BARCLAY 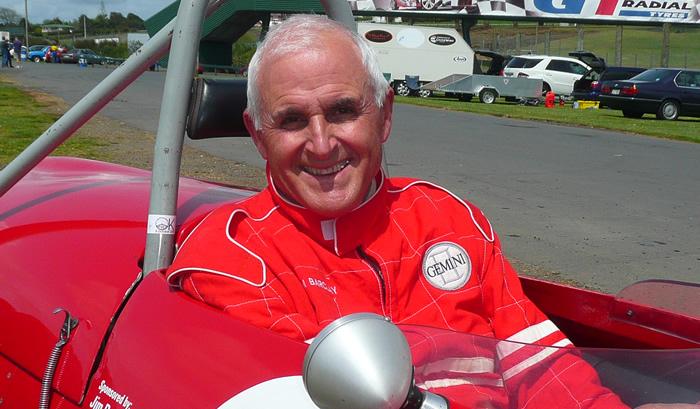 I was born in Palmerston North, New Zealand, on 2 August 1947. I was raised in Levin and went to Levin School before attending  Horowhenua College in Levin in 1961 and early 1962. I completed my secondary schooling at Stratford Technical High School in 1962 and 1963. I enjoyed Cubs and Boy Scouts, qualifying for the Queen’s Scout award in 1963.

I enlisted in the Royal New Zealand Air Force (RNZAF) on 11 January 1966 and served initially as a RNZAF Administration officer a RNZAF Base Ohakea. In 1968 I trained at RNZAF Base Wigram on Harvard and Devon aircraft before graduating as a pilot in September 1968.

I flew Vampire T11 & FB5 and A4K Skyhawk jet aircraft at RNZAF Base Ohakea before being posted in September 1973 to Singapore. I was initially on loan to the Singapore Armed Forces for 10 months before serving with RNZAF Singapore and then 41 Squadron RNZAF. After my return to New Zealand in December 1975, I began a Flying Instructors Course at Wigram in January 1976 and graduated in May 1976 with a ‘Distinguished Pass’ and was the winner of the Lawson Aerobatic Trophy. In June 1976 I was posted to Pilot Training Squadron, Wigram, where I taught pilot trainees to fly on Harvard, Airtourer and Airtrainer CT4B aircraft. In January 1978 I was posted to Central Flying School (CFS) at Wigram whose role was to train qualified RNZAF pilots to be flying instructors; in January 1979 I was promoted to Squadron Leader and appointed Officer Commanding CFS.

In May 1979 I was posted to USA as an exchange pilot and flying instructor with the United States Air Force and served with the 31st Tactical Fighter Wing at Homestead Air Force Base, Florida, flying F4D and F4E Phantom II aircraft. I was ‘Top Student’ on my F4 instructors’ course as well as being the 31TFW ‘Instructor of the Quarter’ in late 1981. On return to New Zealand in February 1982 I was appointed Commanding Officer, No 14 Squadron at Ohakea, flying BAC Mk88 Strikemaster aircraft in both the pilot training and fighter lead-in roles.

In mid-1983 I began the six-month residential RNZAF Senior Command and Staff Course at the RNZAF Command and Staff College in Auckland, after which I returned in December 1983 to Ohakea to command No 75 (Skyhawk) Squadron on promotion to the rank of Wing Commander. On completion of this tour at 75 Squadron, in November 1985, I was appointed Officer Commanding Strike/Operations Wing and responsible for all flying operations at Ohakea. In December 1987 I was posted to Air Staff, Defence Headquarters, Wellington as the Director of RNZAF Air Staff Policy and Plans.

I was promoted to the rank of Group Captain upon assuming the appointment of Senior Air Staff Officer, and later Assistant Chief of Air Staff – Operations, RNZAF, in October 1988.  I was also the RNZAF Project Manager for the purchase of the Aer Macchi 339 jet trainer aircraft.

I studied at the prestigious Royal College of Defence Studies in London throughout 1992 and on return to New Zealand I was appointed Director of Defence Intelligence, Headquarters New Zealand Defence Force, Wellington,

I assumed the appointment of Officer Commanding, RNZAF Base Auckland located at Whenuapai and Hobsonville airfields in December 1994.

I was posted as The Head, New Zealand Defence Staff, NZ Embassy, Washington DC, USA on promotion to Air Commodore on 15 June 1998. In addition to being the Head of NZ Defence Staff in the NZ Embassy, I held the positions of New Zealand’s Defence, Naval and Air attaché to USA.  In late 1998, I was appointed by the Chief of the United States Air Force to be Dean of the international Air Attaché Corps in Washington DC, a position I held until returning to New Zealand in September 2001.

I retired from the RNZAF in November 2001 having completed nearly 36 years of service.

I was awarded the Air Force Cross (AFC) for outstanding leadership in June 1986, the NZ Armed Forces Award in 1981 and the Bar to the NZ Armed Forces Award in 1996, and the NZ Defence Service Medal after its inception in 2011. I was awarded the United States of America ‘Legion of Merit (Degree of Officer)’ authorised by the President of United States of America on 3 October 2001.  This award was made for ‘Exceptionally Meritorious Conduct in the Performance of Outstanding Services’ [in USA] in the period from 15 Jul 1998 until 4 August 2001.

In December 2002, after retirement from the RNZAF in November 2001, I was appointed to be the Chief Executive Officer (CEO) of the Child Cancer Foundation of New Zealand.  I held the position as CEO for over five years until my retirement in March 2008.

In April 2008 I accepted a position to be Chairman of the ‘NZ Festival of Motor Racing’ (NZFMR), and organised a major international motor racing event held annually in New Zealand. In January 2010 the NZFMR celebrated the life and achievements of the late Bruce McLaren, a New Zealand motor racing driver and founder of the current McLaren Group in UK. Themes for other annual NZFMR festivals were: – 2011 Chris Amon,  2012 BMW Motorsport, 2013 Denny Hulme – New Zealand’s first F1 World Champion, 2014  Ferrari, 2015 Howden Ganley, 2016 Porsche, and, 2017 Ken Smith.

I held the position of Chairman, Bruce McLaren Trust from late 2001 until early 2013.

I was awarded the ‘Lupp Trophy’ by Motorsport New Zealand (MSNZ) in 2013 for valued services to historic motorsport, and the prestigious MSNZ ‘Ron Frost Award’ in 2017 for ‘creating an international event at a very high level’.

I have been a member of the Aviation Historical Society of NZ (AHSNZ) since 1972 and in 2017 I was presented with the Society’s ‘Founders Award’ for ‘outstanding efforts in the publications of the AHSNZ’.

Together with my wife Joanie, we live in retirement in Browns Bay, Auckland. We have three adult daughters, and five grandchildren.